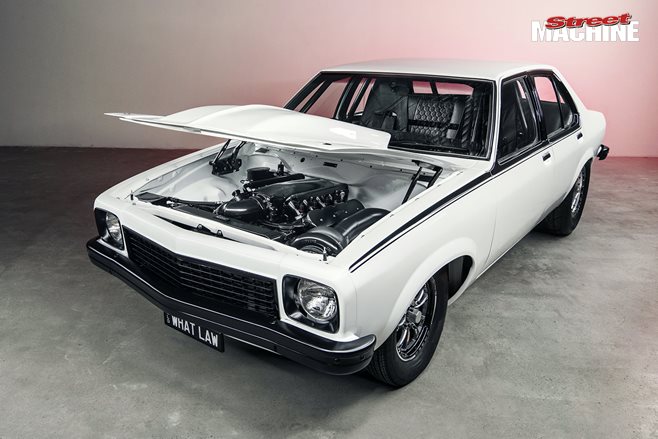 Owned by Tyler Montesalvo but originally purchased from a mate, this 403 Cube Holden LX Torana, is a powerhouse in it’s own right!  Deciding he’d seen too many LS conversions in Commodores, Tyler decided he could mix things up, and create something that was sure to be noticed.

“I built it as a street car and it wasn’t supposed to end up this crazy, but at least it is all done properly and only done once, not over and over like my old car,” Tyler concludes. “During the run-in period I’ve been driving it every day when it hasn’t been raining. I want to drive it as much as possible!”

Hi-Torque Performance has made a name for itself over the years with mega-horsepower turbo LS engines built off the venerable LQ9 iron 6.0L block, but Tyler’s motor features some of the best gear the LS world has to offer, from its iron LSX base to the Racing Head Services LS7-spec cylinder heads.

To read the full article, head over here.